Marc Schwarze strengthens management board of the Qvest Group

Published - 25. Jan 2021
Cologne, 25 January 2021: Qvest, a world-leading systems architect and consultant in the ICT, broadcast and media industry, appoints Marc Schwarze as Chief Operating Officer (COO) and Managing Director of the Qvest Group. Schwarze will be responsible in particular for the company-wide organization of resource, process and project management, as well as for the units Managed Technology, Service & Support, Purchasing and Logistics. In addition, he will be involved in the management of several domestic and international subsidiaries as well as in the strategic development of the company group.

Marc Schwarze has been appointed to the Qvest Group management team as COO with effect from January 1, 2021. The company is hereby taking account of its ongoing growth. In addition to new business verticals in the public and corporate sector, the Qvest Group is successively expanding its service portfolio in the areas of consulting as well as software and product development and is also positioning itself geographically in new markets. Therefore, the Qvest Group most recently acquired OnPrem Solution Partners, an end-to-end solution provider that strategizes, advises, designs and develops technology solutions for companies in the media, entertainment and consumer goods industries in the USA, and dimensional, a digital agency for UX design in Germany.

For the new COO of the Qvest Group, who in the past held the commercial leadership of the German consumer TV business across the entire entertainment portfolio of Telekom Deutschland, the growth potential of Qvest represents an exciting task: "I am very pleased to join the Qvest Group and to be able to make a significant contribution to operational excellence at the current high speed of organic and inorganic company growth."

During his career to date, Marc Schwarze has accompanied numerous companies in various management positions on the path to digitization and cloudification of their media production chain. Under his leadership, among other things, Deutsche Telekom's IPTV service was developed and became the fastest growing product in the German television market.

Peter Nöthen, CEO of the Qvest Group, sees the strengthening of the management team as an important success factor for the continuous development and optimization of client relationships of the expanding company group: "Marc Schwarze brings along excellent knowledge of the pay TV and OTT market and combines commercial and technical expertise. We are very pleased to have gained such an experienced manager with a strong network in the telecommunications and media industry. He will significantly drive forward the process optimization as well as the realization of synergies between the companies of the Qvest Group and thereby visibly further increase client satisfaction."

In his most recent role, Marc Schwarze led Telekom's international technology delivery team and successfully transformed European TV platforms of the Telekom Group into the cloud. Schwarze has also worked as a management consultant at Accenture and as the founder of his own start-up. 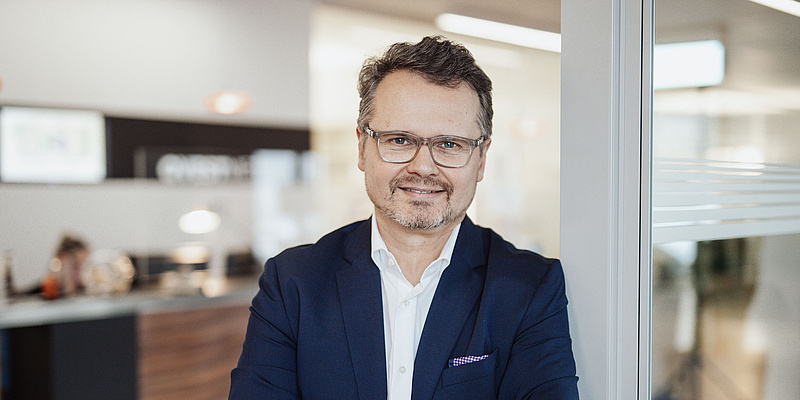